An ultra-Orthodox Jewish boy wearing a face mask amid the coronavirus pandemic looks out the window in Bnei Brak, Israel on Sunday, September 6, 2020. The death toll from coronavirus in Israel has surpassed 1,000, according to government figures Sunday debated how new restrictions should be put in place to curb the resurgence of infections. (AP Photo / Ariel Schalit)

Israeli Prime Minister Benjamin Netanyahu announced a curfew on around 40 cities affected by the coronavirus on Sunday, but backed down on reported recommendations for a full lockdown after a riot by politically powerful religious leaders.

The measures were announced late Sunday after hours of consultation with decision makers. The government was forced to take new measures after failing to contain an outbreak that killed more than 1,000 people and which still has record levels of new infections.

The curfew comes into effect Monday evening at 7 p.m. and will last until 5am. It was not known how long they will stay in place. People are not allowed to be more than 500 meters from their homes and unnecessary shops must be closed.

The announcement came less than two weeks before the Jewish New Year. The outbreak has raised concerns that the country may be forced to declare a nationwide lockdown during the upcoming holiday season, a time of widespread travel and large family gatherings.

Gamzu has campaigned for a complete lockdown of the areas with the worst eruptions. These "red" cities have been heavily focused on the Arab and ultra-Orthodox Jewish communities of Israel. 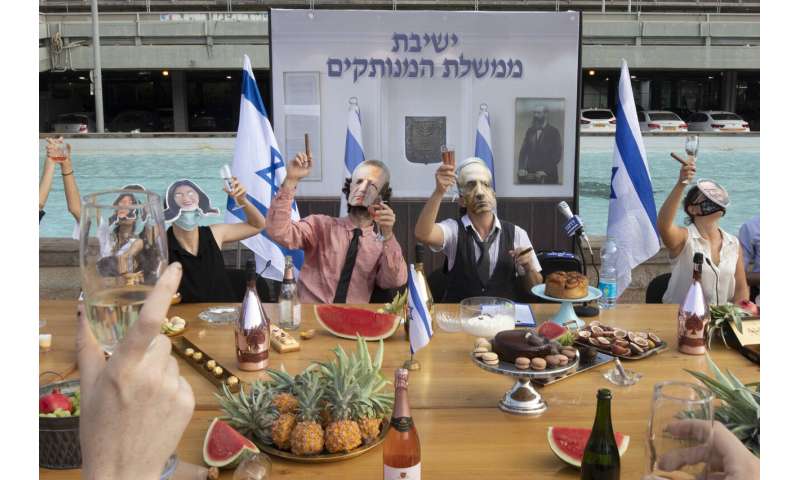 But ultra-Orthodox leaders have strongly resisted demands for bans and threatened not to obey new orders. Orthodox parties are important partners in the Netanyahu ruling coalition.

In an obvious compromise, Netanyahu said these red areas would have night curfews, schools would be closed, and there would be restrictions on public gatherings – but a full lockdown was avoided.

"I know these measures are not easy, but there is no escape in the current circumstances," he said. "We will continue to take responsible steps to protect public health, life and the economy."

Last spring, Israel deserved praise for managing the virus crisis early, was quick to seal the country's borders, and appeared to have an outbreak under control.

However, Netanyahu has been criticized for reopening the economy too quickly in May. Since then, new cases have risen to record levels, the government has been accused of poorly managing the resurgence, and unemployment has soared to double-digit levels. The weekly protests against Netanyahu over his corruption process have expanded to include demonstrations against his handling of the health crisis and the economic problems it has caused.

In total, Israel has recorded nearly 130,000 cases of the virus, of which more than 26,000 are still active. Around 3,000 new cases were recently reported daily.

On Gamzu's recommendation, the military set up a task force last month to bring the outbreak under control. His primary responsibility is to take the lead in tracing contacts and breaking chains of infection.