In addition to logistical and supply issues, the hesitant vaccination was a notable hurdle in the problematic introduction of vaccines in Australia.

The news that the Australian Technical Advisory Group on Immunization (ATAGI) is now recommending Pfizer instead of AstraZeneca for anyone under 60 for a rare bleeding disorder is another blow to vaccine confidence.

With active local COVID cases in Victoria and New South Wales, it is time to consider all possible factors that may contribute to the hesitant vaccination.

One is the media. While news reports about vaccine reluctance may well describe real community concerns, they could inadvertently fuel fears about COVID vaccines.

Why are some Australians reluctant to get a COVID vaccine?

While Australians feel that their surroundings are safe and relatively COVID-19 free, some will remain unmotivated to get the sting. They may be reluctant to get vaccinated, believing the vaccine could pose a greater risk than the virus itself.

That’s not the case. ATAGI’s evolving recommendations ensure that the benefits of vaccination against COVID outweigh the risk for any age group.

Fear, on the other hand, is a behavioral motivator. Record numbers of Victorians for vaccination surfaced in the recent Melbourne outbreak.

A Griffith University survey conducted in mid-2020 found that 68% of people would be taking a COVID-19 vaccine if one were available. Those who said they would have no concerns about side effects, quality of tests, and speed of vaccine development.

So we can see even if community transmission was higher in Australia, and before we knew about rare adverse events like blood clots, safety was a key concern.

Reports of delayed vaccination could make the problem worse

For the past few months, it seems like there has been a new report or poll on the news every other day showing that the x-percentage of people are reluctant to get a COVID vaccine.

Our attitudes and behaviors are shaped by what others do in society – social norms. A recent study found that university students in the United States who believed that COVID-19 vaccination was important were more likely to indicate that they intended to get a vaccine themselves.

Similarly, it is important to acknowledge that there is a real danger that hesitations and delays in vaccination, if widespread in the media, could reach more people. 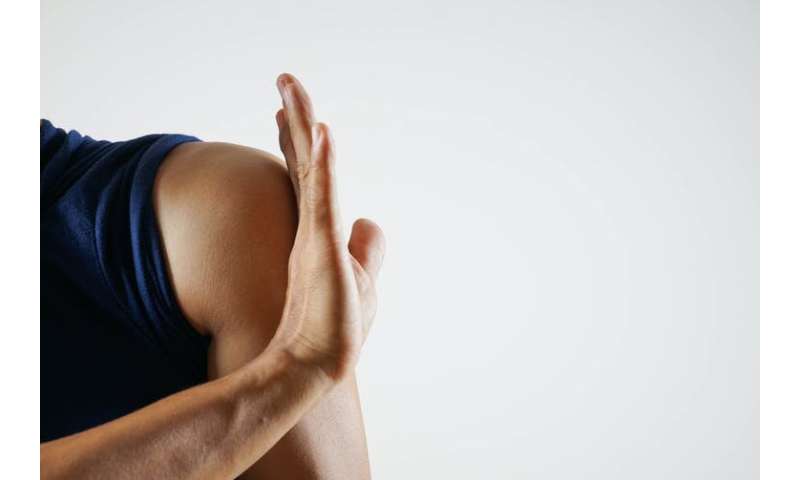 The hesitant vaccination may result from concerns about the safety of the vaccine. Image Credit: Shutterstock

A review of 34 studies found that the way parents interpreted media reports about vaccinations depended on their pre-existing beliefs. For example, a report on a “rare” side effect might reassure parents who already believed the benefits of the vaccine outweighed the risks, while the same report might discourage parents who were already concerned about side effects.

In fact, people are prone to affirmation bias – they pay more attention to information that is consistent with previous beliefs. Finding and considering evidence that violates our beliefs is difficult for our brains.

But the media can help by shaping their reporting. For example, it is better to emphasize that the majority of Australians want and want to be vaccinated than to focus on the number of those who do not.

For people who are already hesitant, another report could shift the balance further away from vaccination. Reporters should therefore think carefully about how to present stories of vaccine hesitation (and the need to present them in the first place).

Reporting on vaccine safety also needs to be handled carefully

In Italy, media coverage of a low number of deaths following a batch of flu vaccines in the winter of 2014/2015 has been linked to a 10% lower flu vaccination for people aged 65 and over compared to the previous season.

It was quickly confirmed that these deaths were unrelated to vaccination, but it appears that the early reports had a significant impact on behavior.

In a global study, three out of 13 national and state vaccination managers surveyed said that “negative information disseminated in the mass media” has contributed to vaccination reluctance in their countries.

On the other hand, media reports about flu and vaccinations can also increase vaccination rates. In this study, careful analysis of the data showed that a higher number of headline news items “influenza” or “flu” corresponded to higher levels of influenza vaccination in the same year.

What should the media aim for when reporting on the COVID vaccination?

Any coverage of Australians propensity to vaccinate should reaffirm the societal norm – the majority’s intention to get a COVID vaccine.

Additionally, media coverage of COVID vaccines should be careful to contextualize the benefits alongside the risks and regularly remind consumers of reliable sources such as federal and state health authorities and ATAGI.

And while the media must be aware of their role, the government must act quickly to reverse the trend of hesitation. People are looking for reasons for the jab; Desperate for a national roadmap for COVID-19.

If Australians could see how vaccination would add to economic prosperity (e.g. reopening tourism and international education) and other things return to normal, such as our ability to travel abroad, they would be motivated to to get active.

Reluctant COVID-19 vaccination rates are highest among Hispanic black adults in the United States, a study by The Conversation shows

This article was republished by The Conversation under a Creative Commons license. Read the original article.

This document is subject to copyright. Except for fair trade for private study or research purposes, no part may be reproduced without written permission. The content is provided for informational purposes only.